During the first decade of the 1900s, fashion for men changed due to the growth of the fashion industry. Paris and London were the major fashion producers at the time. There were many advances in materials and design leading to new fashion creations. The ability to mass-produce clothing led to greater availability and affordability of clothing.

The period between 1901 and 1910 was known as the Edwardian era after Queen Victoria's successor, King Edward VII. It was considered a time of great change. Early 1900's fashion was dictated by time of day and followed a general rule of morning coats till noon, lounge suits until 6 o' clock, then evening clothes depending on the specific occasion.

Coats were worn on various occasions. In 1900's fashion, men had different coats for different times of the day as well as for different events. In the winter months, men wore knee-length topcoats or overcoats that were calf-length. For outdoors and shooting, men wore the Norfolk jacket. It was made from heavy tweed and had box pleats over the chest and back. It also had a matching fabric belt.

For formal and semi-formal affairs in 1900's fashion, a sack coat or lounge coat was worn. When dressing for dinner at home or at a gentleman's club, a dinner jacket was worn. It was paired with a white shirt and dark tie. A high-buttoned, single breasted waistcoat was popular for formal day-wear with a cutaway morning coat.

Men wore trousers that were shorter in length than in previous years. Trousers had cuffs and were creased in the front and back. They were tighter fitting and tailored unlike the pants of the Victorian era. 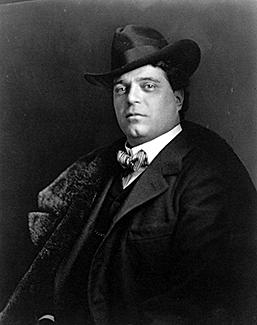 Shirt collars in the 1900's fashion were tall and stiff. For formal wear, collars were turned over and resembled wings. Most dress shirts were very stiff and had shirt studs. The shirts buttoned up in the back, not the front. Another popular shirt style for daily wear was a shirt with stripes.

Neckties were worn with dress shirts and could be any of the following 1900's fashion styles:

Men's undergarments in the 1900's were being mass produced. The most popular of the time were tightly-fitting boxers.

Men did not have many pairs of shoes. For dress they often wore two-toned spectators. Laced up leather boots were also a common choice of footwear for both men and women of the 1900's.

Accessories completed a man's attire. The upper class wore top hats with their formal attire. Other hat styles popular in the early part of the 1900's were:

The early part of the 1900's saw tremendous growth in the fashion industry. This was the time that men had a great selection of clothing at more affordable prices. Fashion was more accessible for every man and was no longer reserved for the elite.