Although it doesn't get the attention of the female fashions of the time, 1920s men's clothing was, in its way, just as radical as short hemlines and bobbed hair. You wouldn't know it to look at the business and formal wear of the time -- which doesn't look too different from modern suits -- but the clothes worn for leisure personified the free-spirited, youthful attitude of the era.

It may be hard to believe, but there are actually quite a few places to buy men's 1920s style clothing. This trick is to do a little research first and then decide which specific look from the decade you want to go for. There are department stores, specialty shops, online boutiques and retail chains that contain the components for you to recreate a fashionable 1920s look. Check out some of the best places to get started: 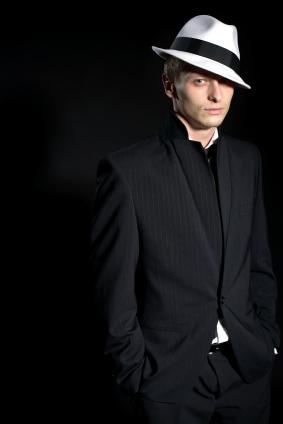 Aside from beautiful clothing, one of the best things about the fashion industry is how retro styles become popular again at any given time. From the 40s, 60s, 70s or 80s, you can always count on the fashions of old to make a prominent dent within the current fashion landscape.

That's why the resurgence in popularity of 1920s fashion, particularly men's fashion, is no surprise. However, when buying vintage clothing there are a few things you should know to ensure that you are getting exactly what you want. Since it's highly likely that you weren't around in the 20s to know exactly how the fashions looked or how they were worn, it's good to have an eagle-eye consumer view when shopping for retro styles.

The end of World War I saw a more youthful look embraced by society. The idea of a youth movement in clothing is usually associated with the 1950s and especially the 1960s, but it first took hold in the 1920s and can be said to have longer lasting effects. The changes are seen in many details, particularly suiting and casual wear.

Here are a few of the signature styles of the decade to look for on your shopping journey:

How to Wear It 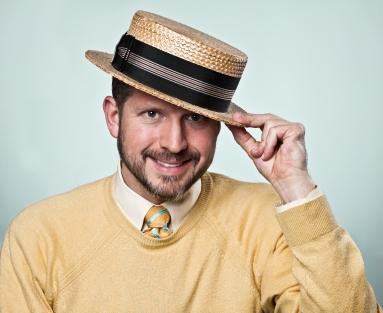 If there is one thing to consider when you're wearing vintage clothing it's to avoid looking like you're wearing a costume. It can be tempting to want to outfit yourself in a head-to-toe 1920s look, but the end result can border on overkill. Keep these tips in mind as you compile your retro 20s style:

Once you have your 1920s look firmly in place, the possibilities are endless as to how you choose to style it and make it your own. It's important to do retro clothing justice, but also set yourself apart from others who may be wearing similar pieces. Do the men of this fashionable decade proud and wear your threads in style.