Like men's fashion before it, 1950s men's wear saw a postwar clothing revolution that changed fashion permanently, particularly in adolescents. However, "grease" was far less the word than you might think, especially in the early years of the decade.

If you look at movies and TV shows of the era, what you mostly see is the businessman look -- the gray flannel suit. Dark blue, dark brown and charcoal were the colors of a man's office suit, whether he was a lowly office grunt or head of the company. For much of the 1950s, conformity was the order of the day. The postwar years were exciting and booming, but the Cold War and the fears wrought by nuclear weapons and the McCarthy Red-baiting drove a conservative movement in clothing. Everyone wanted to look like a good American, which meant they all looked alike.

While women's clothes gained reams of fabric in longer, fuller skirts and dresses, men's clothes were simpler than the suits of the 1940s. Gone were shoulder pads and most double-breasted suits. Jackets and trousers were shorter, although there was still a lot of fabric in the trouser legs. Ties were slightly slimmer and shirt collars less pronounced. Everyone still wore a hat, of course, but the brims were considerably narrower than the fedoras sported from the 1920s on.

If you love the look of the 50s and want to add a few pieces to your wardrobe, consider the following options for finding men's clothing:

Classic 50s pieces can easily be incorporated into a man's wardrobe for a sharp look. 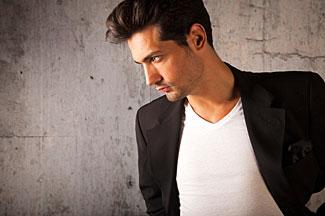 The boom times of the 1950s meant that the hard-working businessman could enjoy more leisure. Hawaiian patterns and the ever-popular cowboy style influenced leisure shirts. The loafer shoe was becoming popular for loafing around. Nevertheless, trousers worn in one's off time were mostly just a variant on business wear, mostly loose wool flannel. Jeans were only worn during extreme sporting, although this was soon to change, especially among younger men.

Instead of vests, men kept warm with cardigan sweaters. In addition, polo shirts became popular, worn whether on the golf course or sporting about town, although in the case of the latter, they were worn with a sports jacket -- usually plaid or another dark pattern.

The general conservative look of 1950s men's wear reflected in the clothes of younger men through the early years of the decade. 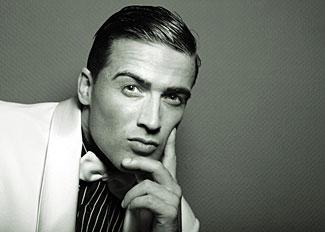 The 1950s were the beginning of differentiated adolescence for both boys and girls. Whereas in decades past, teens had worn clothes very similar to that worn by adults, a new teen culture was growing in the 50s, and the cardigans, open collars and rolled up sleeves that showed off biceps were all a reflection of that culture.

Towards the end of the decade, 1950s men's wear saw an even more radical shift among the young. The Teddy boy look sported by some men, especially in England, since the late 1940s, was a neo-Edwardian style, with longer jackets, brocade vests, narrow trousers and suede shoes. Handkerchiefs were flouncy and jackets trimmed with velvet or satin.

The look of the beatniks, a movement that began in New York's West Village, took its cue from French artists, with the dominant color being black. Trousers were slim, sweaters thick and shirts untucked. Many who wanted to see an end to corporate-style conformity weren't going to wait till the hippie era -- they found sartorial individualism in one of the most rigid decades in American history.

Influence from the 50s

The clean cut and conservative style of the 1950s remains an influence on fashion today. From subtle touches on modern pieces to retro vintage fashions, men can be seen sporting elements of the past and using them in their existing wardrobes.