There were distinct fashions during the Elizabethan era for men as well as some restrictions regarding what they wore. Find out how men's clothing styles were defined, what the common garments consisted of, and how they changed during this unique time period.

The Elizabethan period covers the reign of Queen Elizabeth I. She ruled England during 1558 to 1603. This period is often considered a renaissance in England, in both literature, art, and even political expansion. During this time, the Protestant Exploration occurred and also expansion or exploration abroad. While England flourished during the second half of the sixteenth century, fashion remained strict for both men and women. For the men of Elizabethan England there were certain rules of what to wear, how to wear it, and the way one should look around women.

The fashions of the era changed significantly while Queen Elizabeth was in power. While women are most remembered for their dress in this time, their clothing often mimicked the look of men. For example, the ruff (neck frills) was worn by both genders and became more and more ornate as the period progressed. 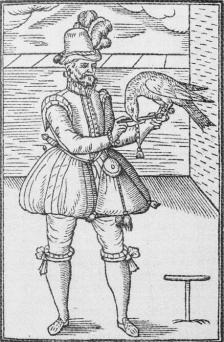 Unlike today, the amount of clothing a man was required to wear included several layers. The following pieces were all underclothes a man would wear daily.

As codpieces went out of style, men switched to stockings reaching just over the knee. Knees did not show between the breeches and knees.

Worn over hose, the codpiece would cover the genitalia. This was especially essential for men wearing shorter doublets and no breeches! It would conceal the opening in a man's tights. Codpieces often were made larger than necessary and used as pockets.

By the year of 1570, codpieces were going out of fashion. Prior to this, men would have codpieces. After, button fly closures became popular on breeches (listed under overclothes). Men would simply always wear breeches over their hose. By the end of Elizabeth's reign, the codpiece essentially disappeared.

These are the pieces of clothing a man would wear over his underclothes.

The doublet was a fitted jacket worn over a shirt by men in the Elizabethan times. It typically was boned, padded, and included buttons down the front. The styles included varied amounts of padding, restricting boning, or buttons on different sides of the jacket. The shoulders were emphasized with padding. Also, doublets were designed to give a man the impression of a small waist (to make the waist look even smaller, they sometimes wore girdles).

Buttons were made from wood all the way to expensive gems. As a matter of modesty, a man should always wear a doublet and shirt at all times. 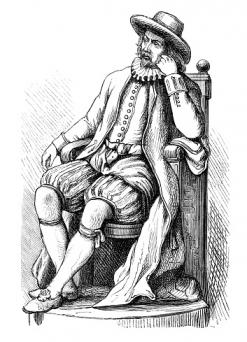 Breeches worn by a man were to be worn around the natural waist (no matter his class). If wearing a doublet, the trousers would be suspended from the doublet by tying holes on a band inside the doublet. The most commonly worn options were breeches worn at the knee, just below the knee, or mid-calf. These are not underwear, these are capri style pants.

Sometimes, men wore breeches made of finer wools than the lower classes and would also sport finer colors. A man in the middle class might wear pants pleated at the waist and gathered.

Expensive breeches were made of silk, stain, velvet, leather, and even delicate silks. Flair was added to breeches with vertical slashes down the leg and pops of color exposed or strips of fabric in lining colors.

These are the frill at the neck of the shirt, gathered at the neck band. Ruffs were worn by both males and females. Typically men and women of all ages, and from every class, had ruffs. These typically did not have embroidery and covered the neck at minimum. Ruffs could also be added to the wrists as well. Sometimes a ruff was attached to a shirt but not always. 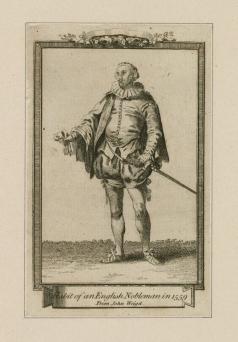 Before leaving their homes or going to work, Elizabethan men couldn't go anywhere without their coats and shoes.

This a sleeveless doublet or jacket worn over a regular doublet. Depending on the class of its wearer, you'd see wool or leather jerkins. Jerkins could be styled with buttons, collars, or even decorative slashes.

Coats were often loose in style but like they are worn today. Men wore leather because of its ability to withstand rain and bad weather. Higher class men added velvet accents on panels to their coats. Just like now, coats came in tight fitting, loose, long and short styles. Whether a man had buttons down the side of his coat or the front of his coat, the value of it was obvious based on material and accents like fur collars or trim.

Lower class men wore simple slip-on shoes which were easy to make and get fixed by the local cobbler. Boots for outdoor work fit close to the legs, went up to above the knee, and had small buckles. Typically shoes were made of leather as this lasted for a longer period. The toe tended to be rounded.

Clothing quality and decorations could easily show a man's class. Cloth made of certain colors, with gold or silver, made of satin, or including furs indicated a person could afford such apparel. The upper class was the only one with access to velvets, satin, furs, cottons, taffeta, lace, and other 'rare' fabrics. Rich and bright colors often cost a considerable amount for dyeing and importation. 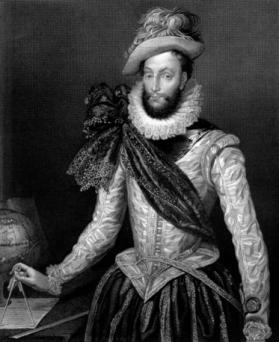 In 1574, Queen Elizabeth issued proclamations about clothing allowed according to social rank. The rules were comprehensive and very specific. Some examples of information released in the queen's proclamations include:

Violation of these laws carried penalties like fines, loss of property, or even loss of title.

Clothing to Reflect Occupation and Personality

Aside from reflecting status symbol, clothing also reflected occupation. In the proclamations issued by the Queen, clothing also shows occupation. Cut, color, and fit of clothing could easily reflect a person's occupation or station in life. While there were certain pieces of clothing required for trades, like aprons or work belts, generally a man in Elizabethan times wore multiple layers of overclothes and underclothes.