Dashing, debonair and more than memorable, men's fashion of the 1930s reflected an upscale spirit that tended to change with fluctuating economic climates and world affairs. Despite the constant variances in style, designers modified fashions to suit consumers' needs. Changes were seen in everything from the all-important price tag to the materials used.

The Wall Street Crash of 1929 essentially set the tone for men's fashion of the early 1930s. The events of "Black Thursday" proved disastrous for the country, setting in motion the Great Depression. This economic decline impacted many major industries, and also took its toll on the fashion industry, signaling a major change from the excessive, prosperous period known as the Roaring Twenties.

In order to accommodate the millions who no longer held jobs and could barely spend a penny on basic necessities, let alone fashion, designers began to offer clothes at lower prices. Though many companies went out of business completely, others existed with the intent to change the way clothing was manufactured. With less high-end materials and less formal designs, items such as suits could be sold for more reasonable prices.

Suiting Through the Years

The 1930s were notable years in men's fashion history; they gave rise to classic attire that is highly revered today. Perhaps the garment most popularized and reinvented during the '30s was the suit. The early suits of the '30s were designed to reflect the appearance of a larger torso - during this period, bigger was definitely better! Jackets were accessorized with shoulder pads to create a square shape, sleeves were narrowed at the wrist and lapels were peaked to form a frame over the chest area. 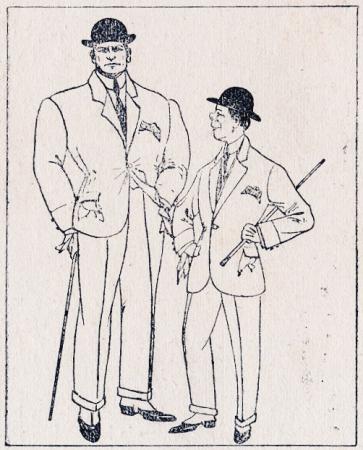 Though these early years were defined by a need for frugality, the spendthrift way did not define the entire decade. In 1935, President Roosevelt initiated the New Deal, a program that sought to bring relief in the wake of the Great Depression. Though results were not immediate, life did begin to improve, the work force grew stronger and so too did the need for sharper, tailored clothing with a more professional appearance.

New suits were fashioned with success in mind, more dapper in appearance and with fine details that made them stand out. The "London drape" suit, designed by Dutch tailor Frederick Scholte, became the standard of the day, with long, tapered sleeves, pointed lapels that extended from the top buttons, higher pockets and button placements, smaller armholes and roomier upper arms. This resulted in the aforementioned "drape," which lent the coat a cleaner fit.

The double-breasted suit made its mark during this period, too. This cultivated choice was a favorite of everyone from Hollywood elite to royalty, and it gracefully embodied both authority and elegance. The suit stood out thanks to its distinguishing characteristics, such as the jacket's front crossover panels, multitude of buttons, peaked lapels and broad shoulders. The trousers, meanwhile, were cut full and long to maintain proportion with the top half. 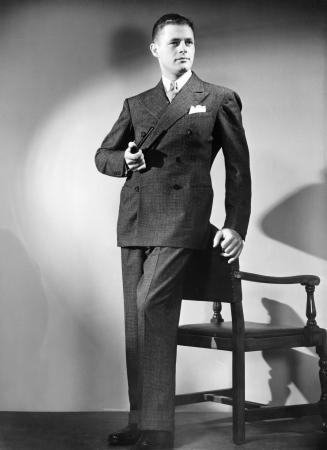 Several other suits came to the forefront as the economy improved, including the Kent and Windsor double-breasted styles. The Kent is named for the Duke of Kent, and features four instead of the customary six buttons. The Windsor jacket is named for the Prince of Wales, whose double-breasted dinner jacket became the standard for men's formal attire and enjoyed greater popularity than the original single-breasted version. 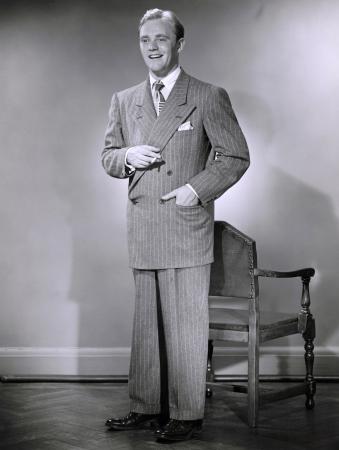 Zoot suits were another style that originated during the '30s. Heavily associated with the jazz culture of the era, they were strikingly different from traditional suits in that the blazers were longer and looser. The style was fashionable, but less serious than the double-breasted styles that had earned favor during the decade. 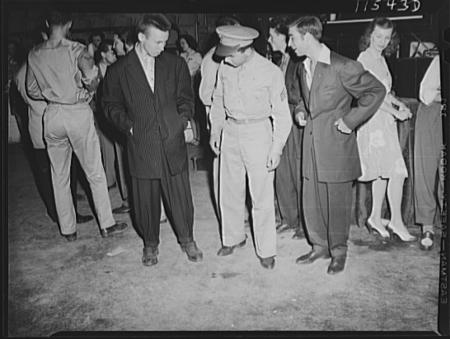 "Casual" was something of a relative term during the '30s; even the most low-key ensembles were pulled together and polished. This was exemplified well by the sportswear of the day, including plaid cotton sports shirts, linen riding jackets and houndstooth polo shirts (with socks to match!), just to name a few. 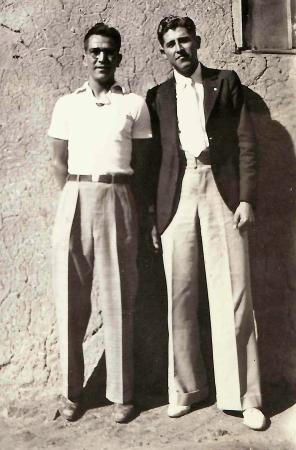 Of course, suiting was only one element of men's fashion of the 1930s. Clean pressed, button down shirts with collars pinned were staples of the day, and were worn in a variety of colors and prints. Blazers also experienced a surge in popularity, worn with everything from seersucker slacks to more tailored trousers. And when the weather cooled down, crew neck and low V-neck sweaters were regularly worn.

Outfits were accessorized by classy details, such as wool mufflers, pocket handkerchiefs in coordinating colors, dress hats and more. The overall look always resulted in nonchalant elegance, the sort that required little effort because the offerings were always impeccable - to pair any two pieces together would typically result in a smart ensemble. 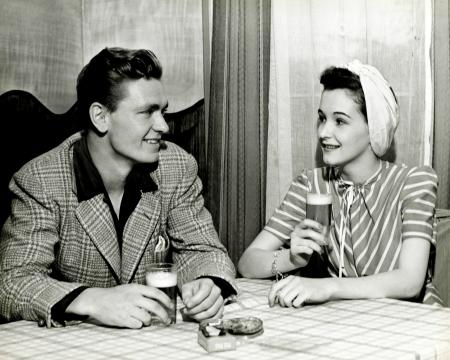 Formal wear was typically dark and dramatic, either in black or rich navy. The preference for blue did not catch on until the Prince of Wales requested a dinner jacket in a midnight blue shade. A spectrum of neutral shades dominated suits, ranging from dark charcoal to the aforementioned navy. Of course, as the seasons changed, so too did color preferences. Warmer months signaled an appreciation for hints of red, blue and white, often boiled into wool to project a lighter overall appearance. Other popular year-round shades included cream, brown and dark green. 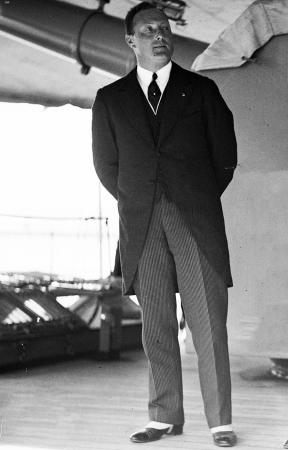 One glance at any photograph depicting clothing from this era will solidify one thing in particular: The men certainly loved tweed. And even if they didn't, they would be hard pressed not to own at least one garment made of this rich, textured cloth. Heavy fabrics and no-fuss prints were especially significant during the '30s. For example, chevron (or herringbone) patterns were employed frequently. The heavier fabrics, ranging from cheviot (sheep's wool) and shantung (silk cloth) to tweed (coarse wool) and worsted (smooth, sturdy wool), ensured that all garments were impeccably crafted. 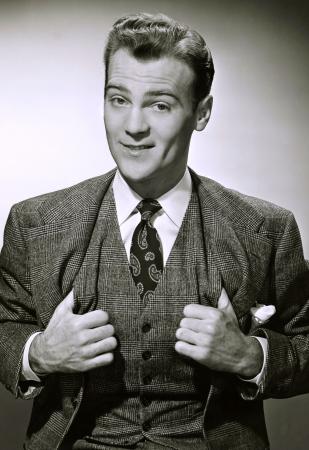 Shopping for Fashion of the 1930s

If you're intrigued by the styles and wish to put together a little '30s-inspired ensemble of your own, visit these modern day retro clothing boutiques: