Although it has certainly evolved over the years, men's formal dress code still maintains clear standards. Once you understand the nature of the invitation, you will be able to put together an outfit that suits the event.

The traditional formal dress code for men usually falls into two main categories: "black tie" and "black tie optional." "White tie" is the most formal dress and not as common.

Most modern-day events rarely require strict "white tie" attire. However, examples of events where white tie dress may be required include highly formal charity events and government or official ceremonies. The dress code requires a white dress shirt with a detachable wing collar, a white waistcoat, a white bow tie, a black tailcoat, black pleated trousers, and black patent leather court pumps or oxfords. Although traditionally the dress code called for mother-of-pearl cuff links, that standard has been relaxed and men can wear a different cuff link style of their preference for white tie events. 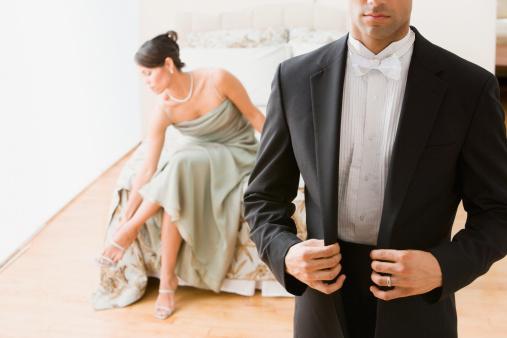 A "black tie" event is a formal social affair, such as a party, where people wear formal clothes called evening dress. For men, this traditionally includes a dinner jacket or tuxedo with a bow tie, which is where the name for this type of formalwear came from.

Black tie formal dress will vary by time of day, but it will always conform to a certain style:

If you receive an invitation stating that an event will be "black tie optional", it means exactly that. The event in question is usually an "after" party proceeding, like a formal wedding reception or awards ceremony, and suggests that fellow guests will be wearing black tie.

You have two options in this case. You can either:

Variations in the Formal Dress Code

Black tie formalwear has always been rather traditional; however, other varieties of formalwear have become less strict in the modern era.

"Hollywood black tie" is a type of formalwear where you wear a black suit and a black tie and it's considered appropriate for eveningwear.

Black tie events such as the Oscars allow for even casual dress; what is formal is not always strictly defined or adhered to. A man might wear semi-formal or cocktail attire, for example, and not feel out of place; whereas in the 1940s, he might not have been allowed into the function. 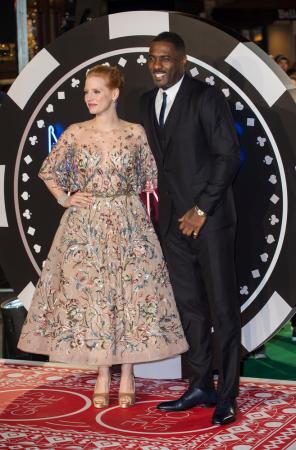 Formalwear for an outdoor summer wedding these days is sometimes given a fashion-forward, contemporary twist.

Another way to play with your formal look for the 21st century is by having fun with accessories. Instead of plain cufflinks, opt for something vintage or artistic. An outdoor summer event might allow for a trendy belt, rather than something classic, so long as it doesn't clash with your attire. You could even swap a dress hat for a straw boater or Panama for a 1920s look. 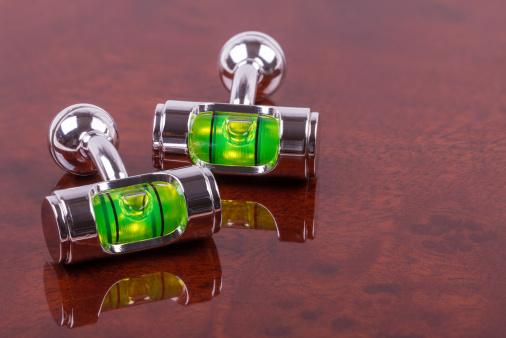 If you are going to bend the formal dress code, you need to know the nature of the event and the people hosting. If the occasion is of an artistic nature, then you can feel very comfortable indulging in a little experimentation, as long as you still look respectable. A very traditional wedding or reception, however, will demand that you adhere to stricter standards. Keep in mind that anything official means you have to dress the part faultlessly. If you're not sure if your suit will fit the bill, you can go to a high-end menswear shop and ask advice - the salespeople will be happy to help you. With a good, well-fitting suit and shirt, matching tie, and dress shoes, you can feel confident that you'll look appropriate.