Cultural changes after World War I were vast, and men's fashion in the 1920s went through as radical a transformation as women's, although it's much less discussed in the annals of fashion and cultural history. The Jazz Age gave everyone an edgier take on life, and it was reflected in clothing.

Brief Overview of Men's Fashion in the 1920s

For the past few centuries, men wore some variation of the three-piece suit. Edwardian upper-class men in particular were very formal, changing clothes several times a day as propriety dictated. The war changed attitudes and did much to level the classes, which reflected in fashion. Younger men, in a switch from wearing the clothes of their elders, adopted a look all their own with baggy plus-fours -- "plus" pants are categorized by how many inches the pants fell below the knee before being secured around the leg area -- and wide-legged trousers. Suits were simpler with just slim, unpadded jackets over the trousers. And fabrics and colors were lighter and brighter than anyone had seen in years reflecting the brightness of the music, theatre and good times.

For the workplace or most daily business, men of all ages wore suits. However, whereas suits had traditionally been broad-shouldered, they were now cut to give men a more slim, boyish look. Tight jackets with sloping shoulders ruled the day, and ties became more casual. Bow ties were fashionable, but so were knit ties, which was a vast difference from the silk that had been so prevalent. The knit tie went well with both the collegiate look and the leisure clothes that were so popular. 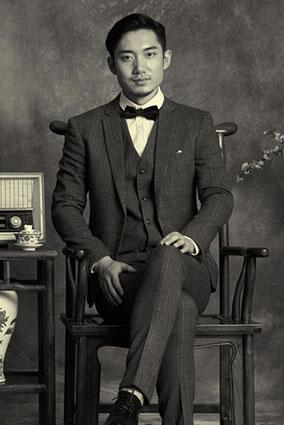 Much of men's clothing in the 1920s took its cue from what popular athletes were wearing. Golf stars like Bobby Jones and Walter Hagen wore the plus-fours, plus-sixes and plus-eights pants and topped them with colorful Fair Isle sweaters (multi-colored, multi-pattern sweater styles that originated in Scotland). As tennis grew in popularity, the white trousers and V-neck sweaters the players wore influenced much of what young men wore around town.

However, the sports influence wasn't exclusive to golf and tennis stars, as popular football players like Red Grange popularized somewhat of a coat phenomenon. He brought the raccoon coat and the camel hair polo coat into the 20s fashion mainstream. 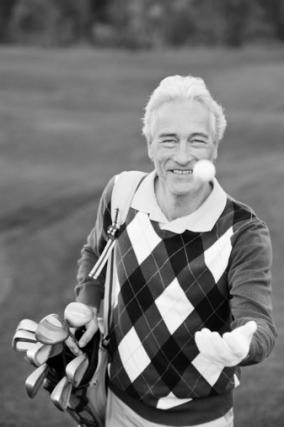 As men's trousers grew wider, a new major change appeared -- the front crease. Emphasizing a man's overall shape, the crease made for a stronger silhouette and more striking look overall. Cuffs were added to trousers, further sharpening the look and drawing more attention to spectator shoes. Instead of suspenders, waist-slimming belts were becoming the popular means of holding up these slick new trousers.

The baggy trousers were called "Oxford bags," because they had originated at Oxford University, where a ban on knickerbockers prompted the students to turn to baggy trousers instead.

Popular as baggy trousers were, though, men's fashion in the 1920s changed as regularly as did women's. Some jazz enthusiasts felt their musical passions were best expressed through long, tight-waisted jackets and skinny trousers. It was the beginning of individuality as expressed via clothing. 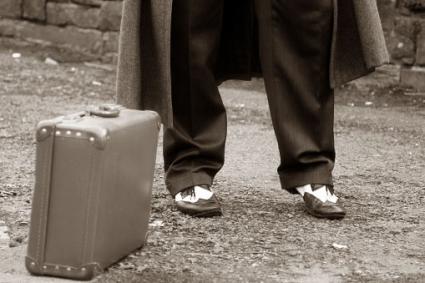 With casual wear so radically different from previous decades, and women's clothing changing so boldly, it may be something of a surprise to note that men's formal wear in the 1920s was much the same as it had always been. Black was the only color to wear in the evening, and while the frock coat had given way to the tailcoat, the overall look was the same. A starched white shirt and high collar with a bow tie was worn under the tails, and the black trousers topped shiny black shoes. For all else that changed then and has continued to change in men's wear, this formal suit remains much the same.

Fussy outerwear made of heavy furs, however, was giving way to slim wool coats, although many men still liked to throw a raccoon coat over their slim suits. 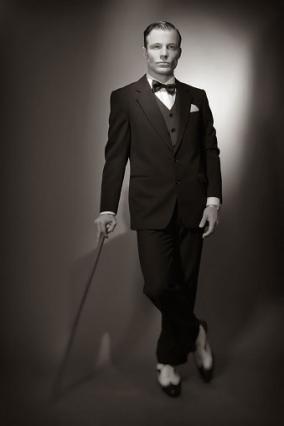 No man of any class was out in public without a hat. That had been true for centuries and was still very much the case in the 1920s. In summer, light blazers were topped by a Panama straw hat or the shallow, flattop, stiff-brimmed hats called either boaters or skimmers, depending on the brim's width. Autumn and winter were all about the felt fedora, worn with panache by gangsters but beloved of all men for their style and comfort. 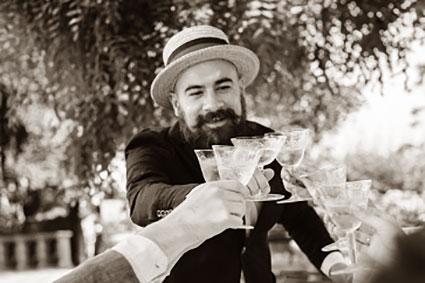 The 1920s saw the rise of the automobile as a major part of the culture. The booming financial times meant that many more people could afford a car and the fashion industry took note, creating clothing worn almost specifically for driving. Men wore flat wool or tweed English driving caps and vented leather gloves when toting their sweeties around town. The leather jacket popularized by dashing aviator Charles Lindbergh was something no stylish man could do without, and many liked to include the white silk scarf as well. 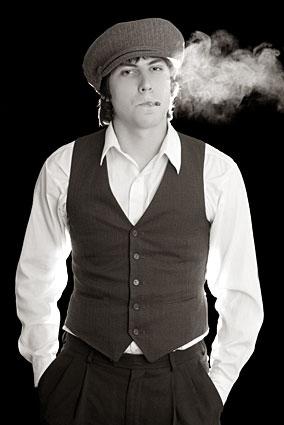 Another big change seen in 1920s men's wear: shoes. Single color boots and spats gave way to two-tone shoes in shades of brown and white or black and white. Although worn in the office as well as on campus, these shoes had a decidedly casual look. Black patent leather still was the only thing to wear as part of evening attire, but the wingtip, a pointed shoe with perforation over the toe, was increasingly seen, adding some zing to a man's look. Even those who didn't like jazz wanted to look a part of the Jazz Age. 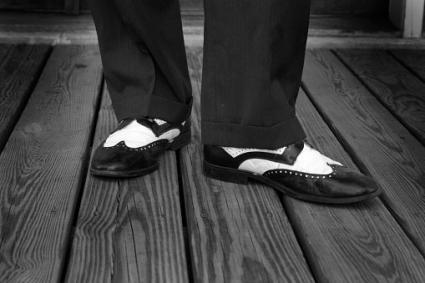 Also noteworthy -- and especially relevant because of its significance to the growth of the fashion industry in general -- was the attention that designers began to pay to men's clothing. Since the economy was booming, it was only fitting that designers delivered the goods that made it possible for men to shop for luxury attire. The offerings grew exponentially throughout the decade.

Another change that had a major impact on the men's fashion industry was the introduction of catalog shopping. Made popular by the famous Sears, Roebuck and Co., the catalogs were rife with everything from dress shirts and shoes to vests and suits. This made buying men's 1920s clothing simpler than ever before.

Fashionable 'Til the Music Stopped

Men's fashion in the 1920s had a snap, sizzle and brightness that most have associated with women's Jazz Age couture, and it stayed that way until the stock market crash of 1929. Although it took several decades for the youth to have such sway again, there was no going back to the stuffiness of centuries past.

A new age had begun. During the Roaring Twenties, male fashions experienced an intriguing shift in style. The decade was wrought with excitement, stemming from stunning economic growth and the birth of celebrity culture. The parallels between "reel" and real life were impossible to ignore, as men's designers embraced Hollywood-influenced styles in particular.