In summer time the fashion is easy - cool even - with a well-ventilated skirt or dress instead of sweaty, sticky slacks. Unless you're a guy in the Western world - then your sartorial knee-length box-pleated skirt could heat things up to an inflammatory degree. So, what's the deal about men wearing skirts and dresses?

Women wear pants and most people don't see that choice as an issue. However, a man in a dress or skirt can raise eyebrows. Clothing is clothing, but when it is attached to gender prejudices, it can be controversial. 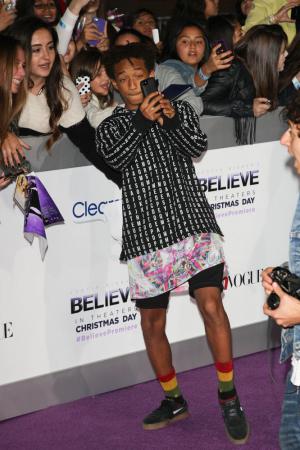 Some arguments supporting why skirts and dresses are reasonable body coverings for males or females include the following beliefs:

Beliefs Some Have Against Skirts on Men

On the flip side - some individuals have beliefs about why men should not wear skirts or dresses:

The prejudice against men wearing clothing currently associated with women - not the case in every culture - has more to do with the attitude of the offended than with any restriction conferred by the clothing itself. Beliefs run deep, however, and there are people and places not ready to accept gender fluidity in fashion.

Choosing to wear dresses and skirts if you are male may be taken as a political statement instead of mere personal preference. Because the choice can be controversial, making it can require some caution. 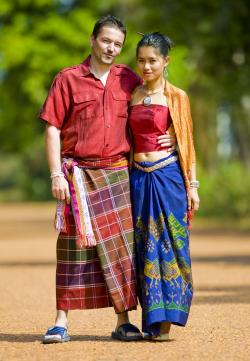 Men have always worn loose, unbifurcated clothing, from animal skins to Mandarin robes to the brightly wrapped sarongs of Polynesia. 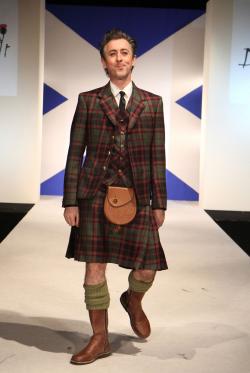 Kanye goes for black leather skirts (Givenchy) over black leather or waxed jeans. Jaden layers swing shirts, vests and flowy skirts or dresses over bike shorts or cut-offs. The future King of England is just in uniform - no one bats an eye. Fame makes the unusual familiar, and the influence of big stars and public figures who show a little knee to an adoring public sets trends and breaks down barriers. If Kurt Cobain could wear Courtney Love's dresses and Seth Meyers can emcee in Comme des Garcons, why fuss over an unbroken hemline?

Men can wear skirts at Oxford University - not just academic gowns, but skirts, as long as they are dark in color and accompanied by dark stockings and shoes and a white shirt. All this goes under traditional Oxford gowns as a required discipline for sitting exams. In 2010, the university, which was founded in the eleventh century, responded to student concerns - and pressure - about the confusion caused to transgender students by Oxford's strict dress regulations.

The relaxed regulation simply drops the gender distinction between female and male students when detailing acceptable exam attire. If you want to sit your Applied Linguistics exam in white tie and a black pleated number, nobody's stopping you, George or Georgette.

Don't Be a Fashion Fail 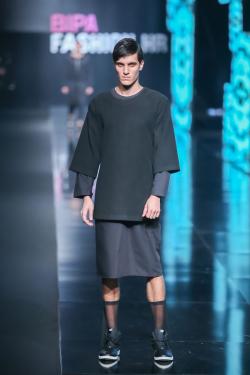 Wear the look you love, but go easy on the eyes of your observers. Work with your body for a fit that is flattering, just as you would with any other article of clothing.

Don't forget to dress for the season, too. Knee-high boots balance the expanse of bare leg under a skirt in cooler weather. A cardigan can take the place of a jacket over a dress for a less-structured look and easier fit.

Shop 'Til You Drop

You can't wear it until you own it, so check out a few places to fill your closet with skirts and dresses. Don't forget thrift stores and consignment shops for designer bargains and lots of great pieces to mix and match. The Plus Size sections of department stores might just carry that current style you've got to have.

There are all kinds of reasons for men to hit the streets in dresses and skirts. A group of Turkish men in Istanbul wore skirts to a rally protesting sexual violence against women. Putting on a skirt can signify solidarity with members of the opposite gender but it can also erase artificial barriers based on identity.

Men who wear skirts and dresses because they enjoy the appearance or the ease of movement the fashion affords are blurring the superficial lines that separate men, women, transgendered people, and any other definition that serves to divide. You in your kilt and your girlfriend in her boyfriend jeans are just telegraphing how you see yourself, a little bit fashion forward and a lot open to examining old biases that are due for a new look.