In the first decade of the 1800's, men successfully embraced fashions that were appropriate for formal, work and casual occasions. The 1800's were all about polish and sophistication (especially the first decade), which is evident in the clothing that was worn -- especially by men.

At the beginning of the century, the standard for men's wear still adhered to the styles of the 18th century, with knee-length breeches worn over stockings, tail coats cut high over the top of the breeches, collars turned up and ruffled cravats worn at the neck. The hat of choice was usually a top hat and most men carried walking sticks. Cloaks were still worn during this period; but by 1820 this gave way to the more practical and manageable overcoat.

Take a look at some of the most coveted and showcased fashions from the 1800's: 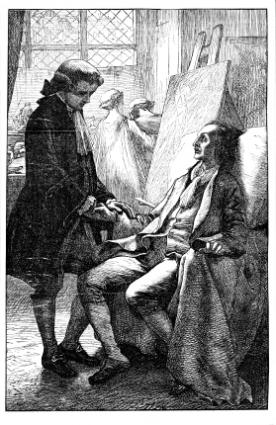 The fabrics used for 1800's men's clothing was quite important because it played a large part in the fashions having a refined, polished look. Some were used more than others, but they were all quite luxurious.

When looking back at the first decade of the 1800's fashion styles, it's not surprising that some of what they wore then still resonates in the fashion world today. The biggest difference is that fashion now is much more casual than in the past. The refined and polished look apparent in the early 1800's gradually gave way to less formal styles.

With the rise of the Napoleonic Empire, trousers became long for the first time in history and were to remain so. Slimmer, shorter coats for business wear became more popular; cravats gradually became less fussy, giving way to ascots, bow ties and eventually four-in-hand neckties. By the end of the century, despite the overall rigidity and formality in gentlemen's dress, the stage was set for modern wear.