Just a peek at retro clothing might inspire you to get groovy, funky, or totally rad. No matter what your preferred decade might be, you're guaranteed to find an abundance of retro-influenced fashions even today.

Men's Fashion Through the Years

No decade is ever without its fashion hits and misses. Some styles truly catch on and make a memorable impression for being both decent and wearable. Others are less so, and may achieve notoriety only because of their ability to capture attention for a short period of time. Whether you call them trends or fads, these fleeting pieces still manage to somehow ingrain themselves in the minds of anyone who lived through the decade in question. Reliving fashion history - particularly if it's your own - can be a somewhat scary experience, but it can also be intriguing to look back and see whether you embraced a particular trend from a period in time, or shunned it completely.

If you're a fan of any of these styles for men, you won't have to worry that you missed out just because you never hung on to your old wardrobe. Today there are many online boutiques that carry original clothing from decades past, as well as replicas of styles that were popular during those years. Among them are the following:

With the shopping sites above, putting together an outfit from any decade should be relatively easy.

Try a cardigan over a button-up, paired with pleated trousers for a 1950s vibe. Try the cheerful red cotton/cashmere cardigan at Orvis (around $150.00) and the Berle Self Sizer Waist Pleated Trousers from Nordstrom (under $100.00).

A skinny tie and tight-fitting jeans pair up nicely for a hint of the 1960s. Take your pick from the selection at Your Necktie Shop (usually around $30.00 or less) and the Extra Slim Innovator Dress Pant from Express (under $100.00).

While wearing bell bottoms might be a little much for some men, it's still possible to wear 70s-inspired clothes. A pair of trousers with a bright, fitted shirt will do the trick in modern day. The bigger the collar, the better. Bright colors and polos with attention-grabbing collars abound at Rusty Zipper and the selection (and price) varies. If you do feel comfortable sporting flared jeans or trousers and really want to give it a try, don't hold back! For those, check eBay, vintage shops near you, or Atom Retro (most are less than $50.00). Pair those up with one of the aforementioned bright, collared shirts or go for a band/concert t-shirt or bright hoodie, like the Festival Express Baja Hoodie from Hippie Shop (under $30.00).

A tracksuit, crewneck sweater, loose-fitting pleated pants, t-shirt featuring your favorite character, or a short-sleeved patterned button-up with jeans will give you 1980s style. Just make sure there's plenty of color. Macy's has a tracksuit option where you can choose from several jackets and three pants colors. T-shirts like Think Geek's 8-Bit Mega Man option (around $20.00) has a retro flair that isn't too over-the-top, which is perfect if you want to subtly salute your favorite decade. 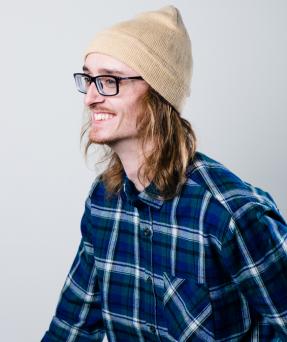 The 1990s style may be the easiest to pull off without looking as though you're trying to channel another decade. A loose-fitting flannel shirt over a white tee, plus a pair of baggy (or at least relaxed fit) jeans is really all it takes to get that retro style. The beanie is optional. If that's not your style, throw a light to medium wash denim jacket (like this one from Old Navy, available for under $50.00) on top of your t-shirt for a hint of the 90s. The Hughes Longline Plaid Shirt from Guess (less than $75.00) is perfect for layering for 90s style, plus it's long and comfortable. Wear it with loose-fitting jeans, like the Levi's 559s (less than $60.00 at Macy's).

You can take almost any decade's fashion and give it a modern twist to fit both your personal style and your admiration for the clothing of the past. Your hairstyle, glasses, and shoe and accessory choices can do a lot to take one decade's style and transform it into a look that doesn't come across as a costume. Experiment with retro pieces and modern trends (in many cases, they will actually overlap), or pair pieces from different decades together to create an ensemble that's all your own.