Teddy Boy clothes are inspired today by one type of men's clothing from the 1950s. It is also referred to as the Neo-Edwardian style because the pieces mimic those of the Victorian and Edwardian eras. In some cases, you may see the style called "rockabilly."

Teddy Boy clothes weren't the traditional "uniform" type styles that most of the teenage males of the 1950s actually wore; it was an extreme style worn by those who wanted to go outside of the norm in their form of dress. The style was borrowed from the Edwardian era and then tweaked a bit to give a bad boy vibe. It started in England in 1950s, but it didn't take long for it to spread to the rest of the world. Some of the items included in the Teddy Boy style include:

The overall look is a tailored one and the idea behind it was strictly to look good. The clothes aren't designed to be functional, practical, or anything other than to promote a bad boy image, but they can be expensive because so much needs to be tailored to the individual's body. For teenagers who had jobs but few bills, this indulgent wardrobe type wasn't necessarily a problem throughout the decades.

The style was tied to rock and roll in the 1950s, then showed up again in the 1970s (glam rock) and once more in the 1990s. In the 1950s, the Teddy Boy look spread around the world, identified as a "teenage" style, something that had never really existed before. 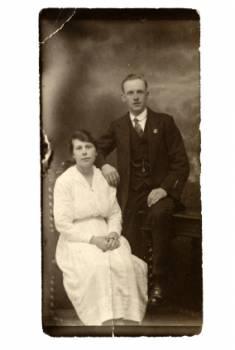 If you are interested in picking up a little bit of the Teddy Boy style for your own wardrobe, you aren't necessarily destined for hours of searching in thrift stores, though certain pieces are very hard to find. There are sites that still cater specifically to the style. You may still have to get a few pieces altered here and there for the "true" Teddy Boy look, though. It's up to you whether you want to take it that far.

Party shops also often carry the Teddy Boy designs you might be looking for. Depending on the quality and the way the items are made, you may want to save these clothing options for special occasions where a costume is expected. They may not be your best bet for day-to-day wear.

eBay is one site where you may be able to find inexpensive Teddy Boy clothing items, so check there periodically. Always be sure to check the seller's feedback before making a bid. 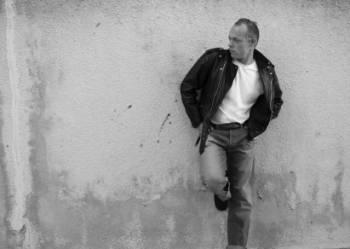 The style morphed into this traditional "bad boy" image.

The Teddy Boy styles are all about image-looking good. Traditionally that image included a "bad boy" persona, as crimes and gang activity were linked heavily with the Teddy Boys, or Teds, during the 1950s. Clothing items tend to be fitted and embellishments like velvet accents on long coats make them stand out even more in the crowd. Outside of costume shops, these styles could be a little tricky to find, just as they have been throughout history. If you are hoping to incorporate the Teddy Boy style into your wardrobe at any level, be sure you know of a great tailor.